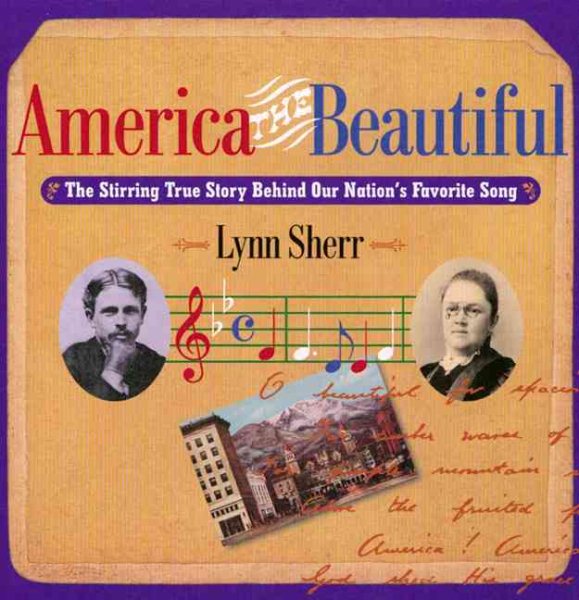 In this beautiful, patriotic gift book, colorfully illustrated throughout, ABC News correspondent Lynn Sherr explores the fascinating history of our unofficial national anthem. Read More
We've all sung it a thousand times, and most of us know at least the first verse by heart. "America the Beautiful" has been called a hymn, a prayer, even the "national heartbeat set to music." Numerous proposals and half a dozen bills in Congress have tried to replace our national anthem, "The Star-Spangled Banner," with this more lyrical, less militaristic song. But who knows the story behind the song? In America the Beautiful, Lynn Sherr tells the story of Katharine Lee Bates, a poet and pioneering young English professor at the newly established Wellesley College, who penned "America the Beautiful" at age 33, as she gazed over the glorious panorama from the top of Pike's Peak, Colorado. The poem, published two years later on July 4, 1895, struck a chord. Americans embraced it and immediately set it to music, trying out at least 74 different melodies. There were even Mexican, Canadian, and Australian versions. Analyzing the lyrics of "America the Beautiful" and the story of Katharine Lee Bates's unusual life, Lynn Sherr opens a window onto the shifting world of late 19th century America. She explores the lingering impact of the Civil War and the dramatic developments in commerce and technology, which shaped the American Century and the popularity of one brilliant, stirring song. Read Less

Goodreads reviews for America the Beautiful: The Stirring True Story Behind Our Nation's Favorite Song

Failure Is Impossible: Susan B. Anthony in Her Own Words

Tall Blondes: A Book about Giraffes