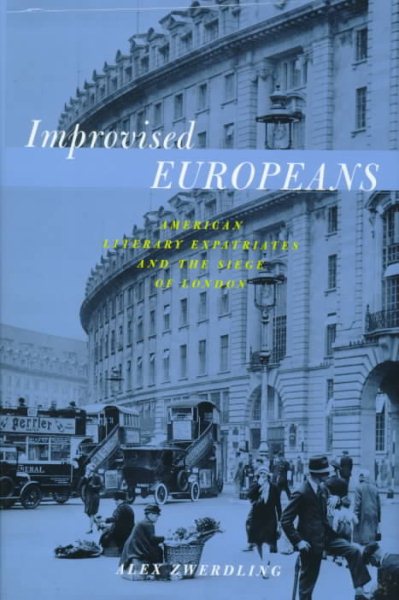 Looks at four American expatriate writers, Henry Adams, Ezra Pound, T.S. Eliot, and Henry James Read More
At the turn of the century the United States seemed poised to overtake its European rivals on all fronts; its many strengths were finally being recognized—the wealth of resources, the profusion of ideas and innovation, and the artistic talent of its citizens. American power was expanding and American writers—including Emerson, Thoreau, Hawthorne, and Whitman—were acclaimed at home and abroad. England’s condescending air toward America had already become inappropriate. The United States had reached a new level of respectability in the world. In light of this favorable international climate, why then did some of America’s most talented young writers travel to London to become, as Henry Adams put it, ”improvised Europeans”?Few writers have been studied and analyzed as much as the quartet at the heart of this book. But Alex Zwerdling was perplexed by this shared and often overlooked aspect of their background: Why, at the dawn of the American century, did these writers choose to go ”back” to what was called ”the Old World”? And why would these brilliant thinkers include in some of their most acclaimed work material that is today reviled as offensive—anti-Semetic, racist, anti-feminist? What was happening in the United States that repelled them? In striving to answer these questions, Alex Zwerdling illuminates the lives and careers of Henry Adams, Henry James, T.S. Eliot, and Ezra Pound as never before.These men chose to live their lives abroad at a crucial point in American history, both domestically and internationally. The massive influx of immigrants from Southern and Eastern Europe began to whittle away the Anglo-Saxon majority. The end of slavery created a renewal of efforts to make true the Constitution’s claim to universal equality. Women’s confidence and authority grew as they fought for independence and their own rights. These developments, Zwerdling argues, were large factors in why these four writers fled. He examines their works and their lives in the context of the American scene they left, and also in the context of the British scene they left for. His brilliant cultural history uses personal correspondence, unprinted articles, and other previously unknown sources to unravel the historical forces that shaped these literary lions. Depicting their careers as a roller-coaster ride through alien territory, the book shows that they produced extraordinary work in the midst of perpetual friction, indifferece, and even active hostility. Read Less

Yeats and the heroic ideal

Moshe Dayan,: The soldier, the man, the legend