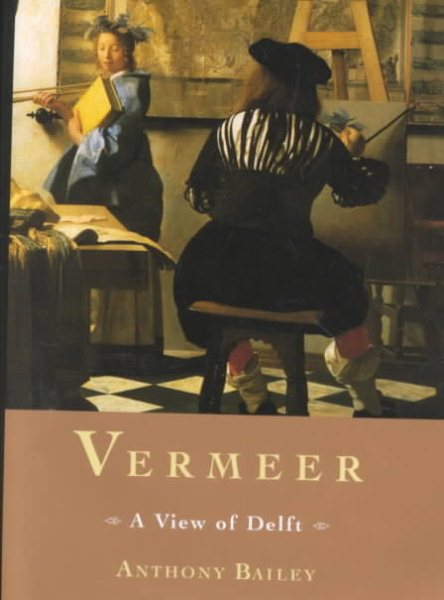 The story of Dutch master painter Jan Vermeer is told against the backdrop of the "golden age" of Dutch culture in the seventeenth century and offers a portrait of Vermeer's life, his artistic career, and his influence on the history of Western art. Read More
Set against the dramatic backdrop of the "golden age" of Dutch culture, the story of one of the world's most beloved -- and most elusive -- painters.In the seventeenth century, industry and commerce thrived in the Dutch city of Delft, as did art and culture. In 1653, the twenty-one-year-old son of an innkeeper, the artist Jan Vermeer, registered as a master painter with the city's Guild. Vermeer married well, had many children, and enjoyed a respectable local reputation as a painter until his death in 1675. But it was not until the mid-nineteenth century that his genius was widely appreciated. Today, Vermeer's thirty-five paintings are regarded as masterpieces.In Vermeer, Anthony Bailey presents a compelling portrait of Vermeer's life and character, long lost in history. Bailey re-creates the atmosphere of the times, introduces Vermeer's contemporaries, and portrays his domestic life in vibrant detail. Drawing on period documents and his own intense curiosity, Bailey sheds light on the science and artistry behind the glorious, almost mystical, paintings. Meticulously researched and elegantly written, Vermeer will stand as the classic work on Vermeer for years to come. Read Less

Goodreads reviews for Vermeer: A View of Delft

Vermeer: A View of Delft

The Coast of Summer: Sailing New England Waters from Shelter...