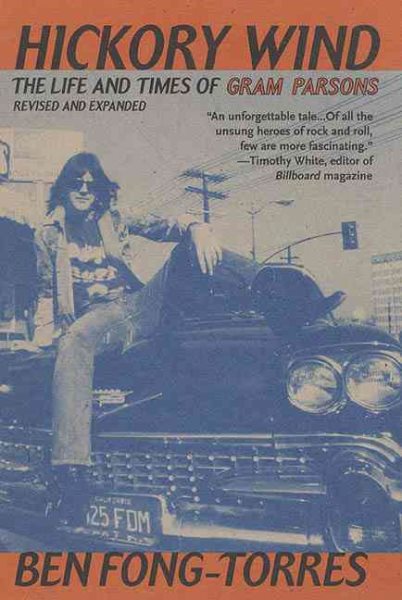 A biography of a pioneer in country rock discusses Parson's privileged childhood, fame, friendship with Keith Richards and Mick Jagger, drug problem, and mysterious death Read More
Gram Parons lived hard and died young, and left behind a musical legacy that has influenced generations of rock and country legends. Ben Fong-Torres's moving account of his story--from his poor-little-rich-kid childhood; through his seminal time with the Byrds and his own bands, the Flying Burrito Brothers and the Fallen Angels; to days and nights spent with the likes of Mick Jagger, Keith Richards, and Emmylou Harris--is a classic of rock biography. This newly expanded edition updates the text and discograph, adds rare new photographs, and concludes with an intriguing epilogue that answers some lingering questions about Gram's untimely death--and raised a few more. Read Less

Goodreads reviews for Hickory Wind: The Life and Times of Gram Parsons

Caught in the Middle: America's Heartland in the Age of Glob...