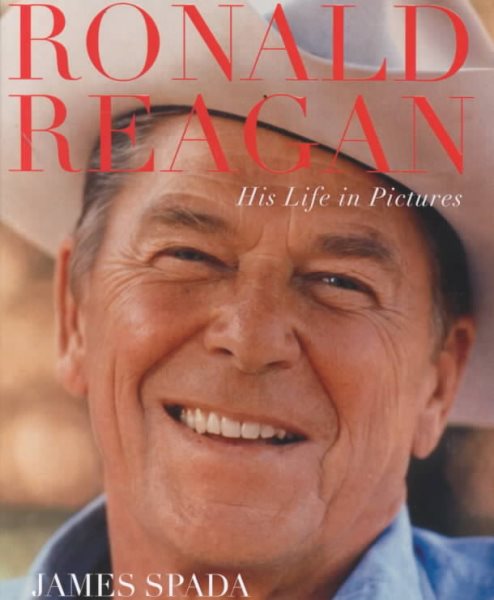 A visual biography of the popular ex-president includes many rare, seldom displayed photographs and ranges from Reagan's childhood through his sojourn in the White House. Read More
An extraordinary life story in more than 340 photographs, most never before published.Ronald Wilson Reagan lived the American Dream-- over and over again. During his long, astonishing life, he has succeeded at everything he attempted. College football letterman. Heroic lifeguard. Sports announcer. Movie star. Television host. Corporate spokesman. Governor. And finally, the greatest dream of all: President of the United States.Fully two-thirds of the images in this book have never been published before, and they offer us glimpses into the private man as well as the public icon. We see him as a little boy in his mother's Sunday-school class; welcoming home GIs with Bette Davis; helping his daughter prepare for a ballet recital, and celebrating the birth of his namesake with his wife Nancy. In a wonderful assortment of unseen images from his presidential library, we see every aspect of the President, from building a snowman with his grandson on the White House lawn to anguishing over the deaths of Marines in Beirut.No matter what one's politics, these images, and James Spada's evocative, balanced text, provide new insights into a man whose life embodies the promise of America. Read Less

Goodreads reviews for Ronald Reagan: His Life In Pictures

Hepburn: Her Life in Pictures

John and Caroline: Their Lives in Pictures