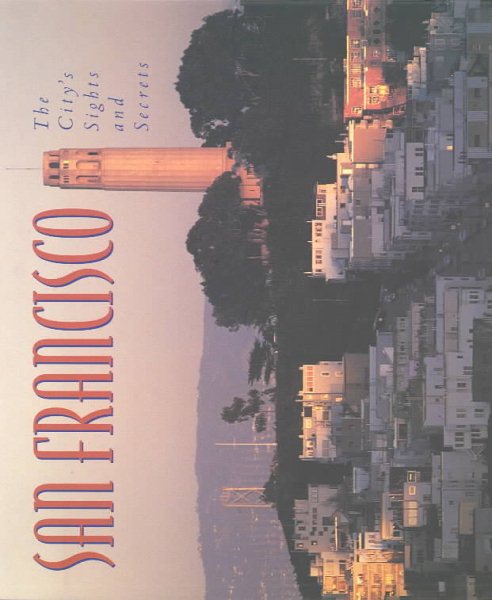 A photographic tour of San Francisco explores both the well-known and little-known sights, including the Golden Gate Bridge, Chinatown, Coit Tower, Golden Gate Park, and Lombard Street. Read More
Discover the beauty of San Francisco, its hidden charms, and its well-loved sights in this unforgettable photographic tour. Some of San Francisco's most renowned photographers, including Bill Hanapple, Richard Blair, Don Kellogg, and Tom Tracy, have captured new perspectives of the City with spectacular images of its most celebrated landmarks, from Coit Tower and the Transamerica Pyramid to lesser-known&#151;but equally beautiful&#151;features, such as the flower-lined Filbert Street steps and the charming alleys of Russian Hill. In addition to the more than 150 breathtaking color photographs of the city as it is today, this distinctive volume contains historic black-and-white photographs and text documenting some of San Francisco's most notable events and monuments, including the building of the Golden Gate and Bay Bridges and the Great Earthquake of 1906. Complete with an insider's explanation of each photograph by San Francisco Chronicle writer and editor Leah Garchik, San Francisco: The City's Sights and Secrets offers a fresh visual celebration of the city for residents to savor and visitors to explore. Read Less

Goodreads reviews for San Francisco: The City's Sights and Secrets