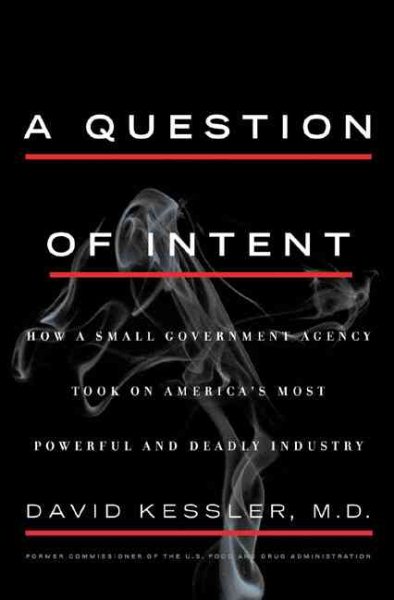 The former head of the U.S. Food and Drug Administration recounts his investigation into the inner workings of the tobacco industry, revealing how tobacco companies hid the truth about the health risks of smoking for decades. Read More
Tobacco companies had been protecting their turf for decades. They had congressmen in their pocket. They had corrupt scientists who made excuses about nicotine, cancer and addiction. They had hordes of lawyers to threaten anyoneinside the industry or outwho posed a problem. They had a whole lot of money to spend. And they were good at getting people to do what they wanted them to do. After all, they had already convinced millions of Americans to take up an addictive, unhealthy, and potentially deadly habit.David Kessler didn't care about all that. In this book he tells for the first time the thrilling detective story of how the underdog FDAwhile safeguarding the nation's food, drugs, and blood supplyfinally decided to take on one of the world's most powerful opponents, and how it won. Like A Civil Action or And the Band Played On, A Question of Intent weaves together science, law, and fascinating characters to tell an important and often unexpectedly moving story. We follow Kessler's team of investigators as they race to find the clues that will allow the FDA to assert jurisdiction over cigarettes, while the tobacco companies and their lawyers fight backhard. Full of insider information and drama, told with wit, and animated by its author's moral passion,A Question of Intent reads like a Grisham thriller, with one exceptioneverything in it is true. Read Less

Goodreads reviews for A Question of Intent : A Great American Battle With A Deadly Industry

The End of Overeating: Taking Control of the Insatiable Amer...

The End of Overeating: Taking Control of the Insatiable Amer...

The End of Overeating: Taking Control of Our Insatiable Appe...