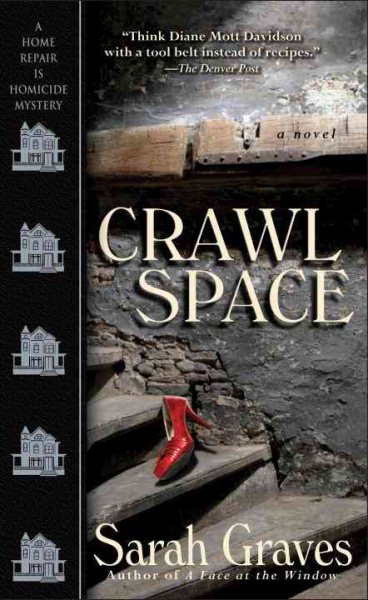 Six years after the alleged death of murderer Randy Dodd, true-crime writer Jake Tiptree and her assistant journey to the city of Eastport to investigate suspicions that Dodd faked his death. Read More
When a bestselling true-crime author arrives in Eastport, Maine, to research the infamous Dodd murders for a new book, she finds herself about as welcome as a spoiled clam. But surely no one in the quaint seaside town would harm the crime writer—or would they? Suddenly the unsolved and not-quite-forgotten slayings of the wealthy Dodd women go from cold case to hot topic, while just as quickly, onetime Wall Streeter Jacobia “Jake” Tiptree turns from probing the mysteries of old-house insulation to an investigation that’s reopened old wounds and unearthed a string of deadly secrets. Jake would have preferred to insulate herself and her family from danger, but someone with a taste for terror has already crept closer than she dares to imagine. Read Less

Goodreads reviews for Crawlspace: A Home Repair Is Homicide Mystery

The Girls She Left Behind: A Novel (Lizzie Snow)