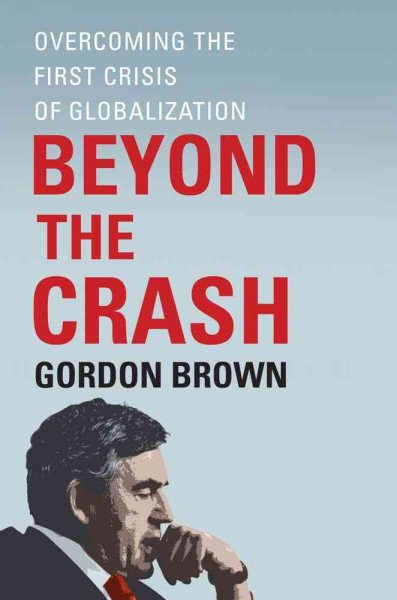 A former prime minister of Great Britain writes about the current financial crisis, with insight into how nations can work to achieve growth on a global scale. Read More
The international financial crisis that has held our global economy in its grip for too long still seems to be in full stride. Former British Prime Minister and Chancellor of the Exchequer Gordon Brown believes the crisis can be reversed, but that the world’s leaders must work together if we are to avoid a decade of lost jobs and low growth. Brown speaks both as someone who was in the room driving discussions that led to some crucial decisions and as an expert renowned for his remarkable financial acumen. No one who had Brown’s access has written about the crisis yet, and no one has written so convincingly about what the global community must do next in order to climb out of this abyss. Brown outlines the shocking recklessness and irresponsibility of the banks that he believes contributed to the depth and breadth of the crisis. As he sees it, the crisis was brought on not simply by technical failings, but by ethical failings too. Brown argues that markets need morals and suggests that the only way to truly ensure that the world economy does not flounder so badly again is to institute a banking constitution and a global growth plan for jobs and justice. Beyond the Crash puts forth not just an explanation for what happened, but a directive for how to prevent future financial disasters. Long admired for his grasp of economic issues, Brown describes the individual events that he believes led to the crisis unfolding as it did. He synthesizes the many historical precedents leading to the current status, from the 1933 London conference of world leaders that failed to resolve the Great Depression to the more recent crash in the Asian housing market. Brown’s analysis is of paramount importance during these uncertain financial times. As Brown himself said of his ideas for the future, “We now live in a world of global trade, global financial flows, global movements of people, and instant global communications. Our economies are connected as never before, and I believe that global economic problems require global solutions and global institutions. In writing my analysis of the financial crisis, I wanted to help explain how we got here, but more important, to offer some recommendations as to how the next stage of globalization can be managed so that the economy works for people and not the other way around.”## ***The crisis exposed the contradiction of globalization itself: as economies have become more interconnected, regulators and governments have failed to keep pace and increase coordination. It is a failure intrinsic to unregulated global markets, an instability that resulted from the manner in which increasing flows of capital around the world happened and impacted the economy. And it is a failure of collective action at an international level to respond quickly enough to the structural imbalances and inequities that arose. At its simplest, then, this is the first true crisis of globalization. For the first time everybody, from the richest person in the richest city to the poorest person in the poorest slum, was affected by the same crisis. Although its roots are global, its impact is local, directly felt on nearly every main street, on nearly every shop floor, around nearly every kitchen table. Billions of people around the world are in need of and are demanding a better globalization. It is the nature of power that you always leave tasks unfinished when you leave office. It is the nature of politics that the argument must continue. This book is my warning of a decade of lost growth and my answer to that fear with a call for a better globalization. It is an explanation of a pattern in the numbers that points to an enormous opportunity to alleviate poverty, create jobs, and grow. A future of low growth, high unemployment, decline, and decay is not inevitable; it’s about the change we choose. -- From Beyond the Crash Read Less

Goodreads reviews for Beyond the Crash: Overcoming the First Crisis of Globalization

A Handbook of Fine Brandies: The Definitive Taster's Guide t...

Rebooting the American Dream: 11 Ways to Rebuild Our Country