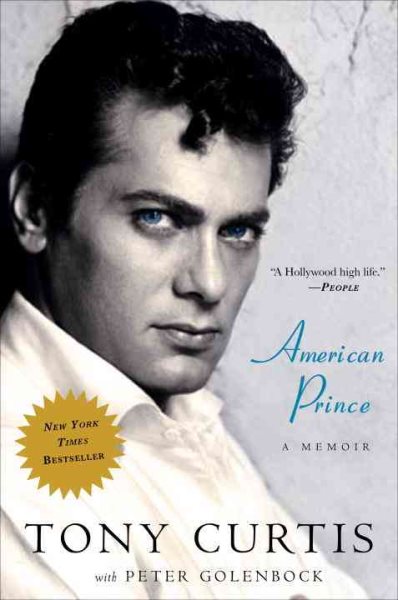 A legendary actor chronicles his odyssey from a hard-knock childhood as the son of immigrant parents to Hollywood success, detailing his wild days as a Tinseltown playboy; the film industry during Hollywood's Golden Era; his destructive drug addiction; his family, colleagues and co-stars; and his life as an artist at the age of 80. Reprint. A best-selling memoir. Read More
"Curtis spares few intimate details about his years as a Hollywood lothario, including his teenage affair with a redheaded, ponytailed Marilyn Monroe."–USA TodayHe was the Golden Boy of the Golden Age. Dashing and debonair, Tony Curtis arrived on the scene in a blaze of bright lights and celluloid. His good looks, smooth charm, and natural talent earned him fame, women, and adulation–Elvis copied his look, and the Beatles put him on their Sgt. Pepper album cover. But the Hollywood life of his dreams brought both invincible highs and debilitating lows. Now, in his captivating, no-holds-barred autobiography, Tony Curtis shares the agony and ecstasy of a private life in the public eye.Curtis revisits his immense body of work–including the classics Houdini, Spartacus, and Some Like It Hot–and regales readers with stories of his associations with Frank Sinatra, Laurence Olivier, and director Billy Wilder, as well as paramours Natalie Wood and Marilyn Monroe, among others. Written with humor and grace, American Prince is a testament to the power of living the life of one’s dreams. Read Less

The Bronx Zoo: The Astonishing Inside Story of the 1978 Worl...