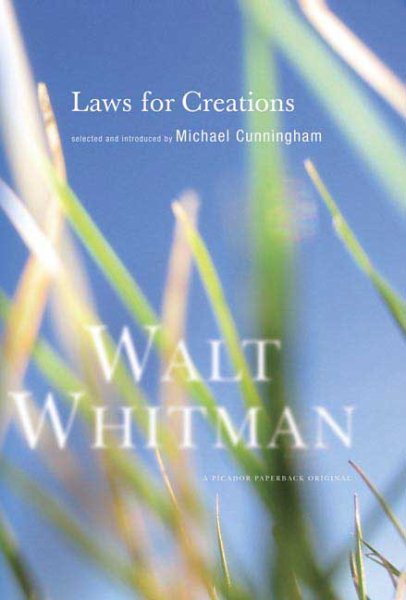 Presents a compilation of poetry and prose by Walt Whitman, including extracts from "Leaves of Grass" and "Specimen Days," along with an introduction to the poet's work and its influence on American literature. Read More
In Walt Whitman, Michael Cunningham sees a poet whose vision of humanity is ecstatic, democratic, and sensuous. Just over a hundred years ago, Whitman celebrated America as it survived the Civil War, as it endured great poverty, and as it entered the Industrial Revolution, which would make it the most powerful nation on Earth. In Specimen Days Michael Cunningham makes Whitman's verse sing across time, and in Laws for Creations he celebrates what Whitman means to him, and how he appeared at the heart of his new novel.Just as the Pulitzer Prize-winning The Hours drew on the life and work of English novelist Viriginia Woolf, Specimen Days lovingly features the work of American poet Walt Whitman. Bringing together extracts from Whitman's prodigious writings, including Leaves of Grass and his journal, Specimen Days, Michael Cunningham's Laws for Creations provides an introduction to one of America's greatest visionary poets from one of our greatest contemporary novelists. Read Less

Goodreads reviews for Laws for Creations

An American Primer With Facsimiles of the Original Manuscrip...

Democratic Vistas, and Other Papers