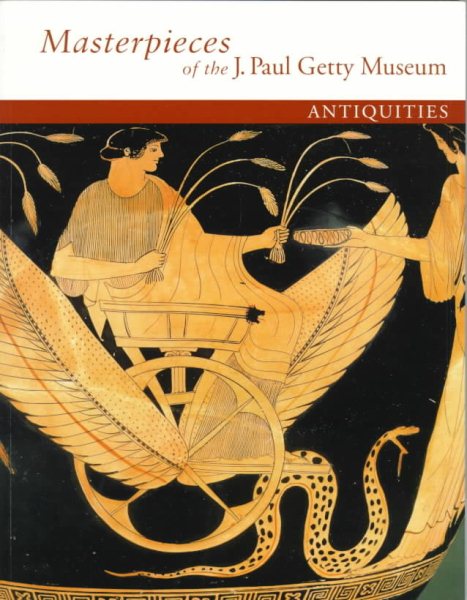 From third-millennium-B.C. marble statuettes to gem-encrusted gold jewelry of the fourth and fifth centuries A.D., the collection of antiquities in the J. Paul Getty Museum testifies to the extraordinary skill and artistic achievements of sculptors, potters, painters, metalsmiths, and other artisans of the ancient Mediterranean world. Indicating both the quality of the individual pieces and the range of the collection, this volume illustrates many of the outstanding objects, among them a rare life-size Greek bronze statue depicting a victorious youth and J. Paul Getty's personal favorite, the marble statue known as the Lansdowne Herakles. Also included are a number of Greek and Etruscan terracotta vases, bronze and marble sculpture, and delicate late Classical and Ptolemaic gold jewelry. Read More
These lavish volumes feature highlights of five of the collections in the J. Paul Getty Museum. Each volume contains between seventy-five and one hundred objects, handsomely reproduced in full color and described by members of the curatorial staff.Included are many objects that have never before been reproduced, as well as all of the Museum's spectacular new acquisitions--among them, Fra Bartolommeo'sRest on the Flight into Egypt and Cézanne's Still Life with Apples; van der Schardt's small bronze statueMercury, sculpted in the sixteenth century; Michelangelo's sublime drawingThe Holy Family with the Infant Saint John the Baptist; and Boccaccio's Fates of Illustrious Men and Women, a manuscript magnificently illuminated in France in the fifteenth century.In addition to English, each volume is available in French, German, Italian, Japanese, and Spanish Two additional titles, on photographs and sculpture, will appear next year. Read Less

Brassai: The Eye of Paris

Jean-Antoine Houdon: Sculptor of the Enlightenment