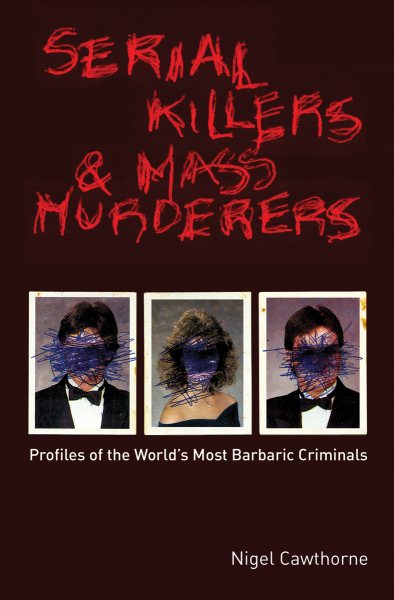 The best of the best. The most interesting serial killer cases of all time presented chapter by chapter. Read More
SHOCKING TRUE STORIES OF THE WORLD'S MOST BARBARIC CRIMINALSRevealing portraits of the most notorious killers of our time:•Jeffrey Dahmer•The Zodiac Killer•Dr. Harold Shipman•Son of Sam•The Columbine Killers•Charles Manson•The Night Stalker•The Yorkshire Ripper•Ted Bundy•Charles Starkweather•The Boston StranglerSerial Killers & Mass Murderers takes you into the minds of the criminals who committed the world's most notorious and horrifying crimes. Each of the sadistic murderers profiled here was once known simply as someone's neighbor, co-worker or child. What turned them into killers? In one chilling chapter after another, this book profiles a terrifying succession of homicidal maniacs and asks the question, "What makes them tick?""The refrigerator contained meat, including a human heart, in plastic bags. There were three human heads in the freezer. Two more skulls were found in a pot on the stove. Another pot contained male genital organs and severed heads, and there were the remains of three male torsos in the trash." Read Less

Goodreads reviews for Serial Killers and Mass Murderers: Profiles of the World's Most Barbaric Criminals

Tesla: The Life and Times of an Electric Messiah (Volume 7)...

The Story of the SS: Hitler's Infamous Legions of Death