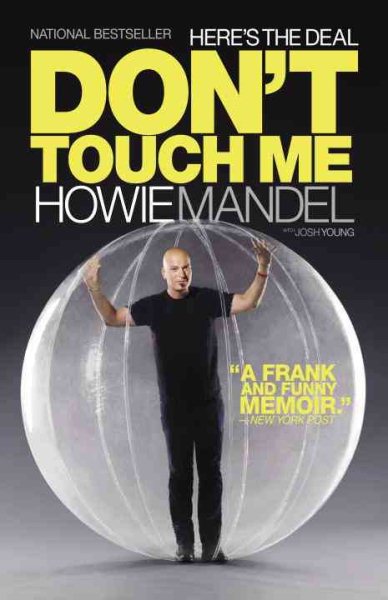 A memoir by the comedian and host of "Deal or No Deal" reveals his ongoing struggle with OCD and ADHD and how they have shaped his life and career, cataloging his fears and neuroses and sharing stories about how he has tried to integrate them into his act. Read More
<b>NATIONAL BESTSELLER<br></b><br>An engaging no-holds-barred memoir that reveals Howie Mandel’s ongoing struggle with OCD and ADHD—and how it has shaped his life <br> <br>Howie Mandel is one of the most recognizable names in entertainment. But there are aspects of his personal and professional life he’s never talked about publicly—until now. Twelve years ago, Mandel first told the world about his “germophobia.” He’s recently started discussing his adult ADHD as well. Now, for the first time, he reveals the details of his struggle with these challenging disorders. He speaks candidly about the ways his condition has affected his personal life—as a son, husband, and father of three. Along the way, the versatile performer reveals “the deal” behind his remarkable rise through the show-business ranks, sharing never-before-told anecdotes about his career.<br>As heartfelt as it is hilarious, <b>Here’s the Deal: Don’t Touch Me </b>is the story of one man’s effort to draw comic inspiration out of his darkest, most vulnerable places. Read Less

Goodreads reviews for Here's the Deal: Don't Touch Me