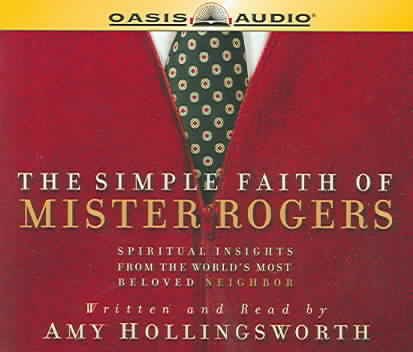 An intimate portrait of the real Mister Rogers that focuses on his spiritual legacy and details the force behind a gentle man of extraordinary influence, as told by a journalist who turned a television interview with the American icon into a wonderful friendship that lasted the rest of his life. Simultaneous. Read More
Fred Rogers visited so quietly with the children of America that nobody dreamed he was a Presbyterian minister. Using puppets instead of a pulpit, this icon of children's television shared with his audience the basic principles of Christianity-- forgiveness, kindness, compassion, respect-- and made those values real for America's youngsters. Read Less

Goodreads reviews for The Simple Faith of Mister Rogers: Spiritual Insights from the World's Most Beloved Neighbor

The Simple Faith of Mister Rogers: Spiritual Insights from t...

Miles Gone By: A Literary Autobiography

Florence of Arabia: A Novel