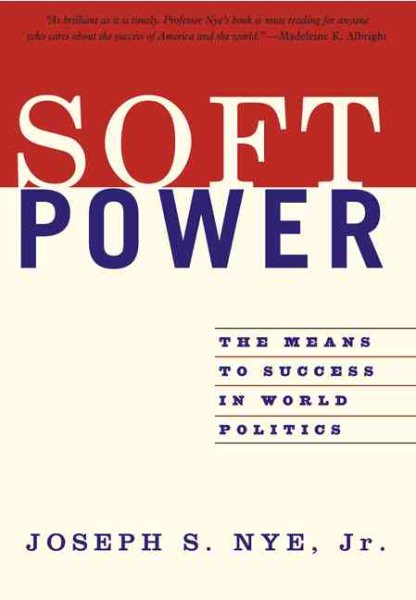 What must the United States do to remain the global superpower?and stop alienating the rest of the world? The author of The Paradox of American Power has one clear answer: soft power. Read More
<div>Joseph Nye coined the term "soft power" in the late 1980s. It is now used frequently&#151;and often incorrectly&#151;by political leaders, editorial writers, and academics around the world. So what is soft power? Soft power lies in the ability to attract and persuade. Whereas hard power&#151;the ability to coerce&#151;grows out of a country&#39;s military or economic might, soft power arises from the attractiveness of a country&#39;s culture, political ideals, and policies.<br><br> Hard power remains crucial in a world of states trying to guard their independence and of non-state groups willing to turn to violence. It forms the core of the Bush administration&#39;s new national security strategy. But according to Nye, the neo-conservatives who advise the president are making a major miscalculation: They focus too heavily on using America&#39;s military power to force other nations to do our will, and they pay too little heed to our soft power. It is soft power that will help prevent terrorists from recruiting supporters from among the moderate majority. And it is soft power that will help us deal with critical global issues that require multilateral cooperation among states. That is why it is so essential that America better understands and applies our soft power. This book is our guide.</div> Read Less

Goodreads reviews for Soft Power: The Means To Success In World Politics

Soft Power: The Means To Success In World Politics

The Paradox of American Power: Why the World's Only Superpow...

The Paradox of American Power: Why the World's Only Superpow...