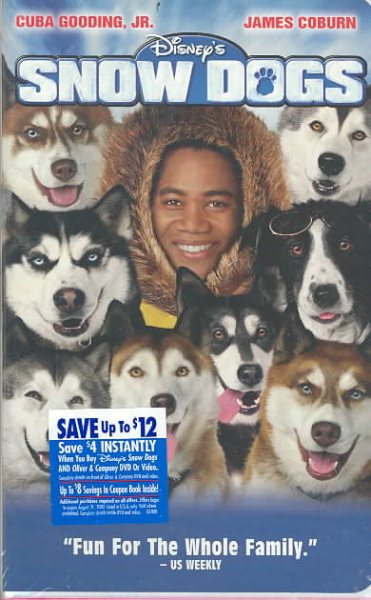 After being named in his birth mother's will, Miami dentist Ted Brooks travels to Alaska to claim the inheritance, her team of sled dogs; Now he must learn how to race them or give them up to a mountain man who wants the dogs for himself. Read More
Inspired by Gary Paulson's award-winning book Winterdance, this comedy is one of the year's sweetest surprises. Cuba Gooding, Jr. stars as Ted Brooks, a Miami dentist who gets a new leash on life when he learns that he was adoptd and has inheriteda pack of champion sled dogs in top-of-the-world Tolketna, Alaska. The "dumb city slicker" will gradually find himself at home in this community of "misfits, outcasts, and just plain weirdos." Read Less