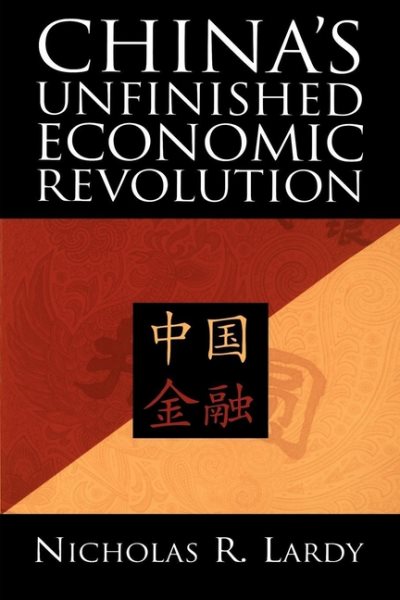 China's Unfinished Economic Revolution offers a fundamentally different interpretation of Ch... Read More
China's Unfinished Economic Revolution offers a fundamentally different interpretation of China's economic reform. The common view that China's gradualistic approach has served it well overlooks the fact that state-owned banks for the last two decades have channeled a large share of sharply rising household savings into what are mostly unreformed, money-losing companies. The result is that several of China's largest financial institutions now are insolvent. To avoid a major domestic banking crisis the book argues that China must recapitalize and restructure its domestic banking system and end the long-standing practice of making lending decisions based on political rather than economic criteria.Nicholas Lardy explains that this course will inevitably be costly in political terms, in part because it will lead for a time to a slower rate of economic growth. But the alternative is even less attractive&#151;permanently slower growth, continued macroeconomic instability, an inability to meet the expectations of the international community for the opening of its domestic financial markets, and insufficient resources to deal with severe environmental deterioration, growing water shortages, and a rapidly aging population.This timely book also analyzes the new reform initiatives China has launched in the wake of the Asian financial crisis, suggests additional steps that must be taken, and evaluates the implications for U.S. policy. Read Less

Markets Over Mao: The Rise of Private Business in China

China: The Balance Sheet: What the World Needs to Know Now A...