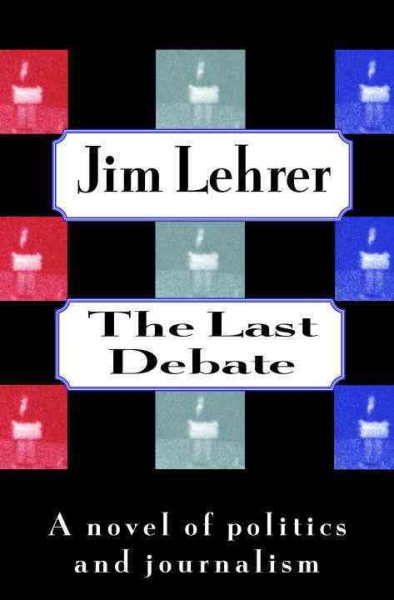 A satirical account of a presidential debate pits Republican nominee James Meredith, a fundamentalist Christian whose ambitions border on white supremacy, against four reporters who discover damaging information eight days before the election Read More
Tom Chapman's reporting begins innocently enough. It's the eve of the one and only presidential debate, and he's been sent to Colonial Williamsburg by his magazine, The New American Tatler, to cover the event. An important assignment, but pretty routine for a journalist of Chapman's abilities.The campaign itself, however, has been anything but routine. The American people face an impossible choice between apparent evil and apparent incompetence: The Republican candidate, David Donald Meredith, a handsome, charismatic figure and a riveting speaker, is a fundamentalist demagogue, a nativist, and probably a racist - none but the most fervent ideologues doubts that his election would tear the country apart. The Democrat, Paul L. Greene, is everything Meredith is not - liberal, earnest, and utterly colorless - and is so far behind in the polls that he has all but conceded the race weeks before the election.As the handlers, the press corps, the camera crews, and the campaign operators assemble in Williamsburg for the final battle of the campaign, a different sort of battle is taking place on the debate panel. Reporters have been given devastating anonymous reports about Meredith's personal life. There's no time to check them out, but using them could throw the election to Greene. In utter secrecy, a decision is made. By the time the debate is over, American politics and journalism have been changed forever and the four panelists have vaulted to mega-stardom. And Tom Chapman is hot on the trail of the biggest story of his career: the debate behind the last debate. Read Less

Goodreads reviews for The Last Debate: A Novel of Politics and Journalism

The Phony Marine: A Novel