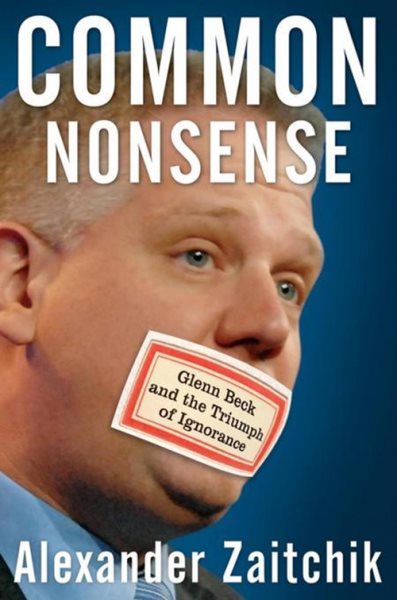 An investigative reporter expands upon his original Salon three-part series to discuss the life and career of controversial conservative commentator, Glenn Beck, discussing the pundit's troubled childhood through his rise to the top of the hard-right media. Read More
Who is this guy and why are people listening?Forget Rush Limbaugh, Bill O'Reilly, and Sean Hannity—Glenn Beck is the Right’s new media darling and the unofficial leader of the conservative grassroots. Lampooned by the Left and Lionized by the far Right, his bluster-and-tears brand of political commentary has commandeered attention on both sides of the aisle.Glenn Beck has emerged over the last decade as a unique and bizarre conservative icon for the new century. He encourages his listeners to embrace a cynical paranoia that slides easily into a fantasyland filled with enemies that do not exist and solutions that are incoherent, at best. Since the election of President Barack Obama, Beck’s bombastic, conspiratorial, and often viciously personal approach to political combat has made him one of the most controversial figures in the history of American broadcasting.In Common Nonsense, investigative reporter Alexander Zaitchik explores Beck's strange brew of ratings lust, boundless ego, conspiratorial hard-right politics, and gimmicky morning-radio entertainment chops.Separates the facts from the fiction, following Beck from his troubled childhood to his recent rise to the top of the conservative media heap Zaitchik's recent three-part series in Salon caused so much buzz, Beck felt the need to attack it on his show Based on Zaitchik's interviews with former Beck coworkers and review of countless Beck writings and television and radio shows Explains why Beck is always crying, why he has so many conservative enemies, why he's driven by conspiracy theories, and why he's dangerous to the health of the republicA contributing writer to Alternet, Zaitchik's reporting has appeared in the New Republic, the Nation, Salon, Wired, Reason, and the BelieverBeck, a perverse and high-impact media spectacle, has emerged as a leader in a conservative protest movement that raises troubling questions about the future of American politics. Read Less

Goodreads reviews for Common Nonsense: Glenn Beck and the Triumph of Ignorance

The Gilded Rage: A Wild Ride Through Donald Trump's America

Eat to Live: The Amazing Nutrient-Rich Program for Fast and...