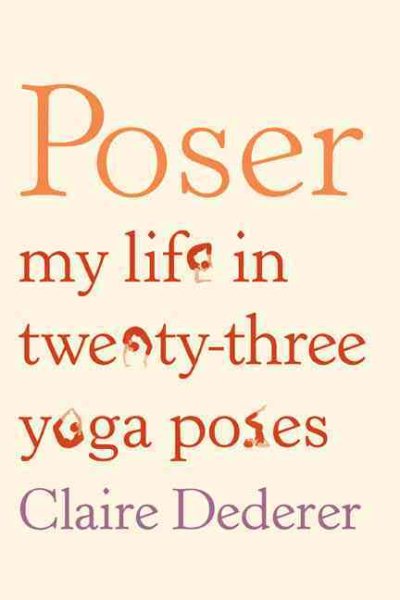 Describes the factors that compelled the author to try yoga and her subsequent enthusiasm for the practice, recounting her love-hate relationship with trickier poses while revealing how her yoga experience came to reflect her values and generational dynamics. Read More
Ten years ago, Claire Dederer threw out her back while breastfeeding her baby daughter. Told to try yoga by everyone from the woman behind the counter at the co-op to the homeless guy on the corner, she overcame her doubts and signed up for her first class. And she fell madly in love.Over the next decade, Dederer would tackle poses such as lotus, wheel, and the dreaded crow. She became fast friends with some of them, while others provoked long-standing feuds.It wasn't just her back that was demanding Dederer do something differently. On the surface, life at home looked pretty idyllic. But she found herself thinking more and more about the forces that had shaped her generation. They were children of the 1970s---their mothers had run away to find them-selves and hadn't been afraid to make a few messes along the way. The daughters, as a result, grew up determined to be good, good, good. They would buy organic, create an enriching home environment, and make their own baby food---even if it meant feeling hemmed in by an anxiously conscientious little world. Yoga seemed to fit right into this program.To her surprise, Dederer found that the poses weren't just acrobatic feats (though they were that, too). The deeper she explored them, the more they tested her most basic ideas of what makes a good mother, daughter, friend, wife. Suddenly, headstand was a way to wrestle with anxieties she had always dodged, jump-through helped her understand her mother's flight (and, maybe, her own pursuit of freedom), and the dreaded crow reminded her that losing one's balance could be worth a great deal more than keeping both feet on the ground.As Dederer's practice deepened, the poses that once seemed so daunting now pushed her toward a life that was a little more improvisational---and a little less tidy. Witty and heartfelt, sharp and irreverent, Poser is the story of Dederer's discovery that what she needed most of all was less goodness---and more joy. Read Less

Goodreads reviews for Poser: My Life in Twenty-three Yoga Poses

Love and Trouble: A Midlife Reckoning