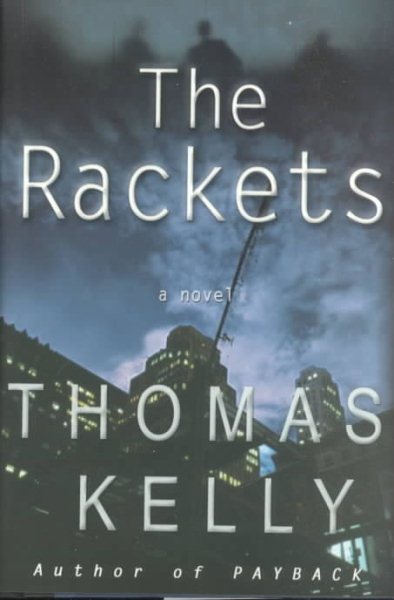 When Jimmy Dolan's father is brutally murdered while running for president of the construction worker's union, Jimmy must decide whether to risk his life to defend his father's honor and the interests of the rank and file. Read More
A bare-knuckled novel set during a rigged union election in New York City.With The Rackets -- about construction workers and the mobsters who run their union -- Thomas Kelly, the most talented urban novelist to come along in a generation, cements his reputation as the heir to James T. Farrell and George V. Higgins.After putting himself through college by working as a day laborer, Jimmy Dolan goes to work for a smug Republican mayor. When he tries to settle an old dispute with his fists, he finds himself out of a job -- and sought out by Frankie Keefe, the corrupt union boss he knocked to the carpet. Jimmy's saintly father is running against Keefe for the presidency of the teamsters, and when he is brutally forced out of the running, Jimmy must risk his life -- and that of his estranged girlfri, Tara, a New York policewoman -- to def the interests of the rank and file. The novel, set in the union halls, taverns, and half-built skyscrapers of midtown Manhattan, depicts every shade of New York Irish -- as well as Italian mobsters, Russian killers, and a gun-running Gulf War veteran on disability. But The Rackets is also a vivid and affecting picture of the gritty uptown neighborhood of Inwood and the lives its residents have made for themselves. More than any writer working today, Kelly knows how the players in the city gain and maintain their power; from the ups and downs of the working class, he makes literature. Read Less

Goodreads reviews for The Rackets

The Vatican Cookbook: Presented by the Pontifical Swiss Guar...