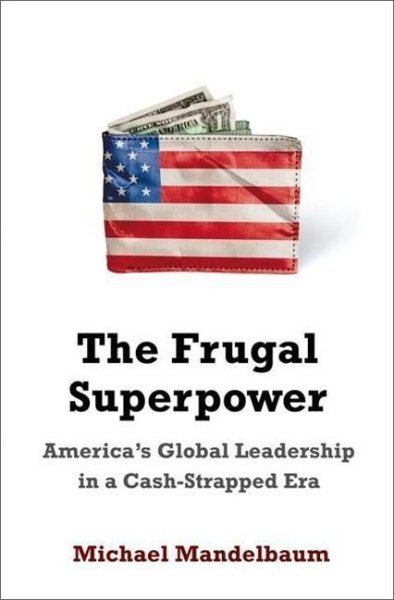 Which of America’s essential international commitments can we afford to keep in this time of diminished financial resources? Read More
"Smart and original."---Thomas L. Friedman, The New York Times"Brilliant...thoughtful and thought-provoking."---Martin Wolf, Financial Times"Mandelbaum brings to this discussion a clear eye, a sharp mind, and lucid prose." Fareed Zakaria, Newsweek International and CNN"Not only fascinating but enormously entertaining."---Fred Barnes, The Wall Street JournalThe Era Marked by an expansive American foreign policy is now coming to an end. During the seven decades from the nation's entry into World War II in 1941 to the present, economic constraints rarely limited what the United States did in the world. That has now changed. The country's soaring deficits, fueled by the huge costs of the financial crash and of its entitlement programs---Social Security, Medicare, and the new health care legislation-will compel a more modest American international agenda. This change will have major effects in every part of the world, as well as in the United States.In assessing the consequences of this new, less costly foreign policy, Mandelbaum, one of America's leading foreign policy experts, describes the policies the United States will have to discontinue; assesses the potential threats from China, Russia, and Iran; and recommends a new policy, centered on reducing the nation's dependence on foreign oil, which can do for America and the world in the twenty-first century what the successful policy of containment of the Soviet Union did in the twentieth. Read Less

Goodreads reviews for The Frugal Superpower: America's Global Leadership in a Cash-Strapped Era

The Road to Global Prosperity