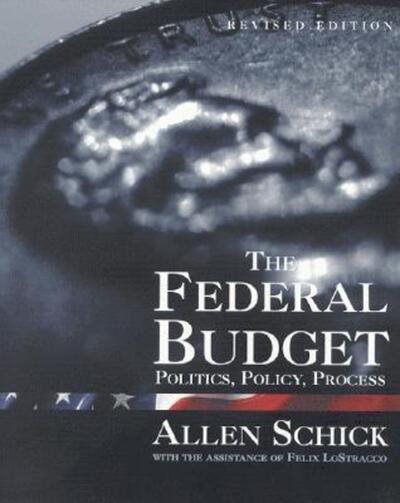 Schick (public policy, U. of Maryland and governmental studies, Brookings Institution) updates the 1995 edition with a revised and expanded examination of the political and legislative procedures and processes involved in creating the federal budget. Annotation c. Book News, Inc., Portland, OR (booknews.com) Read More
The U.S. government takes in and spends almost $2 trillion annually, and setting the budget that guides federal spending is an enormously complex undertaking. The federal budget entails the active participation of the president, key advisers, and many members of Congress, the efforts of thousands of staff in the executive and legislative branches, and the attention of numerous interest groups. It consists of thousands of big and small decisions, complicated rules and procedures, and debate over the composition and amount of public revenue and spending. With so much at stake, it is not surprising that budgeting is often a difficult, conflict-laden process. As big as the budget is, there is never enough money to satisfy all demands. As the budget has grown and become more prominent in U.S. political and economic life, the scope for conflict has expanded. In some years the budget is the centerpiece of the president's agenda as well as the vehicle for enacting much of Congress's legislative output. This revised and significantly expanded edition of The Federal Budget concerns the politics and processes of federal budgeting and the policies that emerge from them. It describes how budgeting works at each stage of executive and legislative action&#151;from preparation of the president's budget through the appropriation and expenditure of funds&#151;and assesses the impact of budget rules on policy decisions. It explains how the budget was transformed from deficit to surplus over the past five years and discusses various proposals to change the rules. It analyzes the changes in the appropriations process, friction between the president and Congress, and the reliance on omnibus legislation to resolve budget impasses. In addition to vital statistics and extracts from important documents, the book also features case studies that dramatize contemporary budgetary politics, providing readers with a "you are there" appreciation of how budgeting decisions are made in Washington. Read Less