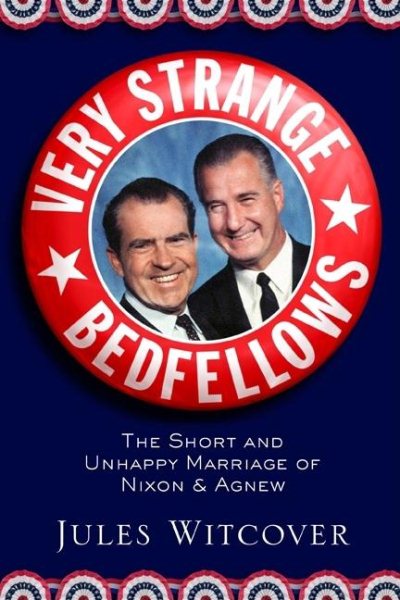 The definitive account of a bizarre chapter in national politics, told with a historian's breadth of knowledge by a journalist who was there Read More
Nixon and Agnew were an odd couple whose political love affair disintegrated over five years into a calamitous denouement. Agnew's divisive rhetoric skyrocketed his popularity, but he grew weary of exclusion from the Nixon inner circle. Nixon, concluding that Agnew was not the man to succeed him, conspired to dump him in 1972 and later to remove him from the line of presidential succession. But before Nixon's presidency collapsed in Watergate, a tawdry scandal of payoffs to Agnew in the White House accomplished the job.Jules Witcover, a leading political reporter of that period, wrote political biographies of both men and coauthored the acclaimed account of the Agnew resignation, A Heartbeat Away. Now, with three decades of perspective, a trove of new material including Nixon's White House tapes and interviews with close Nixon-Agnew associates, Witcover has written a captivating narrative that reveals how the foibles, pettiness and weaknesses of each man destroyed that marriage, and ultimately their careers. Very Strange Bedfellows' revealing look into the flawed and fascinating Nixon presidency will be catnip to anyone interested in American politics and American history. Read Less

The American Vice Presidency: From Irrelevance to Power

Whose Broad Stripes and Bright Stars: The Trivial Pursuit of...