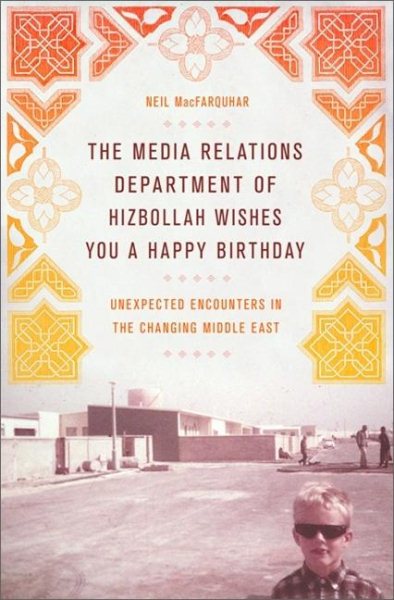 A New York Times correspondent’s affectionate, irreverent portrait of the Middle East he’s known since childhood?an unexplored place hidden behind the usual headlines Read More
Since his boyhood in Qadhafi’s Libya, Neil MacFarquhar has developed a counterintuitive sense that the Middle East, despite all the bloodshed in its recent history, is a place of warmth, humanity, and generous eccentricity.In this book, he introduces a cross-section of unsung, dynamic men and women pioneering political and social change. There is the Kuwaiti sex therapist in a leather suit with matching red headscarf, and the Syrian engineer advocating a less political interpretation of the Koran. MacFarquhar interacts with Arabs and Iranians in their every day lives, removed from the violence we see constantly, yet wrestling with the region’s future. These are people who realize their region is out of step with the world and are determined to do something about it?on their own terms. Read Less

The Media Relations Department of Hizbollah Wishes You a Hap...

The Lambs: A Study of Pre-Victorian England

The Night Awakens: A Mystery Writers of America Anthology