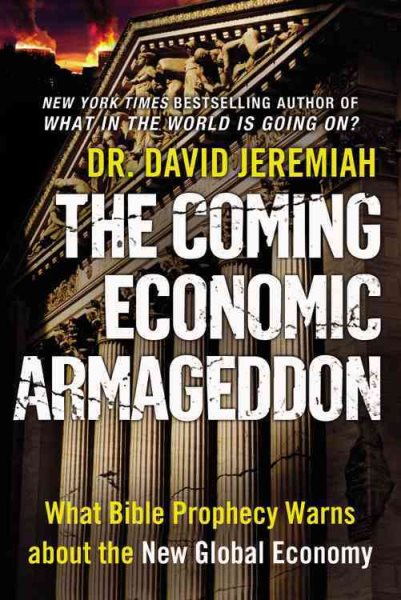 Uncovers the Bible's prophetic clues to the world's shocking financial future in order to help readers understand and prepare for living in the new global economy. Read More
Never before have we read such jarring headlines, distressing news analyses, or dire predictions concerning the world's financial future. The American housing market -- or, more sentimentally, the American dream -- began to collapse in 2006, taking with it large chunks of the global financial system. Millions of jobs worldwide have vanished forever. Did Bible prophecy predict this catastrophe? Are there biblical clues to how soon, if ever, a viable, long-term recovery can be sustained? Is the financial collapse just one of several signs that we are living in the final days of Earth's history In THE COMING ECONOMIC ARMAGEDDON, David Jeremiah says we can know the meaning behind what we see in the daily news -- and understand and prepare for living in the New Global Economy. Read Less

Goodreads reviews for The Coming Economic Armageddon: What Bible Prophecy Warns about the New Global Economy

The Handwriting on the Wall: Secrets from the Prophecies of...

The Jeremiah Study Bible, NKJV: Jacketed Hardcover: What It...

Count It All Joy: Discover a Happiness That Circumstances Ca...