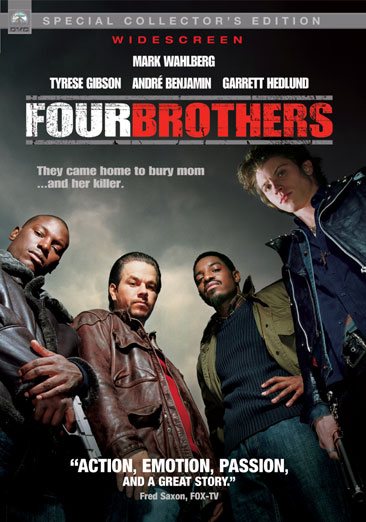 Four brothers reunite to avenge their adoptive mother's murder and track down the killer. Read More
Four adopted brothers come back home to avenge their mother's death at what appeared to be a random killing in a grocery store robbery. However, the boy's investigation of the death reveals more nefarious activities involving the one brother's business de alings with a notorious local gangster. Two local cops, who are trying to solve the case, may also not be what they seem. Read Less