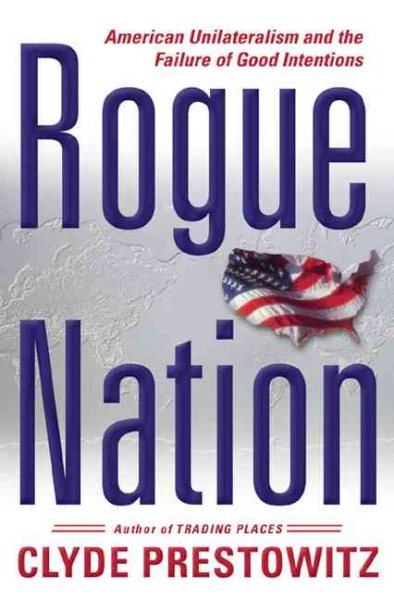 A timely and stinging indictment of the Bush administration's foreign policy, from one of Washington's most-cited intellectuals and political analysts Read More
The term "rogue nation," formerly reserved for outlaw countries, is increasingly applied to the United States - not only by enemies but by people and nations who have been steadfast friends. The litany is familar to anyone who has ever read an op-ed page. In the six months before 9/11, the United States walked away from a treaty to control the world traffic in small arms, the Kyoto accord, a treaty to eliminate land mines, the Biological and Toxins Weapons Convention, and many other international agreements. After a brief flurry of coalition-building following the attack, the United States turned a cold shoulder to NATO's offers to assist with the invasion of Afghanistan, unilaterally terminated the Anti-Ballistic Missile Agreement with Russia, and actively opposed the creation of an International Criminal Court. Then came the war on Iraq, begun despite the clear refusal of the United Nations Security Council to authorize an invasion.Rogue Nation is not an argument against American dominance or the exercise of American power. It's an argument against stupidity, arrogance and ignorance in the exercise of power. Prestowitz explores the historical roots of the unilateral impulse and shows how it now influences every important area of American foreign policy: trade and economic policy, arms control, energy, environment, agriculture. In every area, he argues, a multilateral approach, consistent with our humane and liberal core values, is also in our long-term best interests. Read Less

Goodreads reviews for Rogue Nation: American Unilateralism And The Failure Of Good Intentions