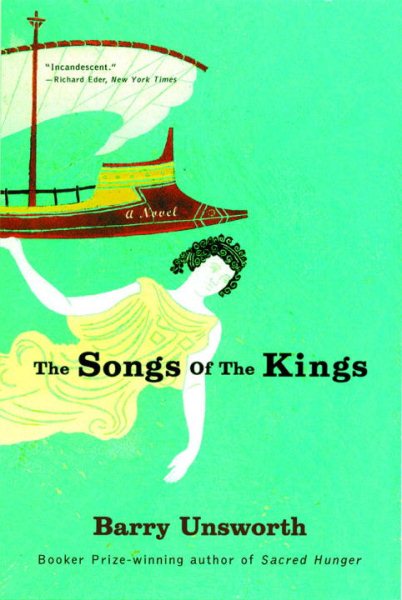 "Pure gold....One of the best books by this most versatile of writers."—Penelope Lively Read More
"Troy meant one thing only to the men gathered here, as it did to their commanders. Troy was a dream of wealth; and if the wind continued the dream would crumble." As the harsh wind holds the Greek fleet trapped in the straits at Aulis, frustration and political impotence turn into a desire for the blood of a young and innocent woman—blood that will appease the gods and allow the troops to set sail. And when Iphigeneia, Agamemnon's beloved daughter, is brought to the coast under false pretences, and when a knife is fashioned out of the finest and most precious of materials, it looks as if the ships will soon be on their way. But can a father really go to these lengths to secure political victory, and can a daughter willingly give up her life for the worldly ambitions of her father?Throwing off the heroic values we expect of them, Barry Unsworth's mythic characters embrace the political ethos of the twenty-first century and speak in words we recognize as our own. The blowhard Odysseus warns the men to not "marginalize" Agamemnon and to "strike while the bronze is hot." High-sounding principles clash with private motives, and dark comedy ensues. Here is a novel that stands the world on its head. Read Less

Goodreads reviews for The Songs of the Kings: A Novel