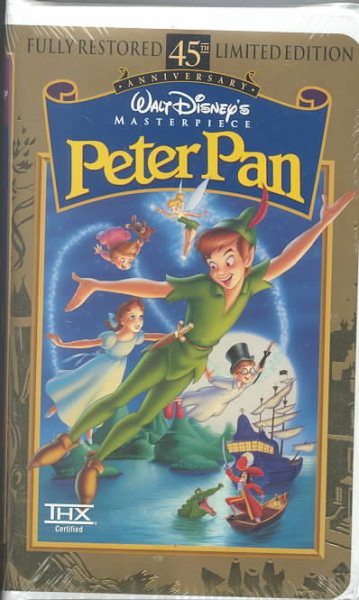 Three London children travel to Never-Land for adventures with Peter Pan, the boy who refuses to grow up. Read More
Like its hero, Disney's animated classic--available on video for the first time in eight years--will never grow old. Think happy thoughts and fly again to Neverland, where Peter Pan and his band of Lost Boys do battle with that dastardly Captain Hook. This anniversary edition has been painstakingly restored and also includes a featurette about the making of the film. Read Less