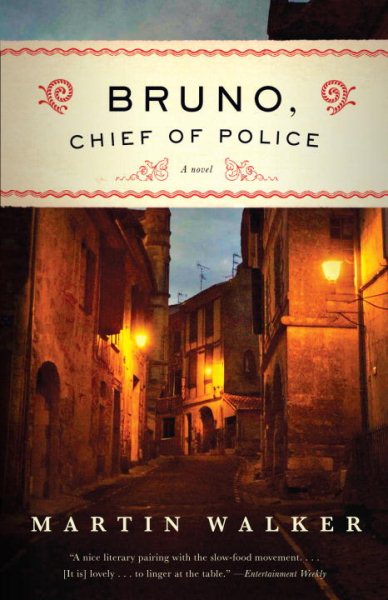 The first installment in the delightful, internationally acclaimed series featuring Chief of Police... Read More
The first installment in the delightful, internationally acclaimed series featuring Chief of Police Bruno.Meet Benoît Courrèges, aka Bruno, a policeman in a small village in the South of France.  He’s a former soldier who has embraced the pleasures and slow rhythms of country life. He has a gun but never wears it; he has the power to arrest but never uses it.  But then the murder of an elderly North African who fought in the French army changes all that.  Now Bruno must balance his beloved routines—living in his restored shepherd’s cottage, shopping at the local market, drinking wine, strolling the countryside—with a politically delicate investigation.  He’s paired with a young policewoman from Paris and the two suspect anti-immigrant militants.  As they learn more about the dead man’s past, Bruno’s suspicions turn toward a more complex motive."Enjoyable.... Martin Walker plots with the same finesse with which Bruno can whip up a truffle omelette, and both have a clear appreciation for a life tied to the land." —The Christian Science Monitor"A nice literary pairing with the slow-food movement.... [It is] lovely...to linger at the table." —Entertainment Weekly"A wonderfully crafted novel as satisfying as a French pastry but with none of the guilt or calories." —Tuscon Citizen's Journal Read Less

Goodreads reviews for Bruno, Chief of Police: A Novel of the French Countryside

The Devil's Cave: A Mystery of the French Countryside

Black Diamond: A Mystery of the French Countryside

A Taste for Vengeance: A Bruno, Chief of Police novel (Bruno...