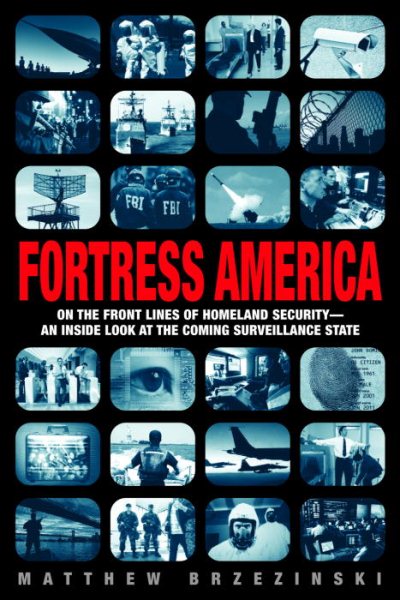 A look at America in the wake of the September 11th terrorist attacks examines the new technologies, laws, and measures designed to keep America safe and assesses the struggle to define the balance between freedom and security. Read More
Heavily armed guards at the entrances to malls and restaurants. Citizens deemed “suspicious” taken away without formal charges or legal counsel. Would a “safe” America even look like America anymore?One of the few journalists to penetrate the new counter terror initiative, Matthew Brzezinski offers an insider’s look at the new technology, laws, tactics, and persistent vulnerabilities of the post-9/11 era. The result is this startling, sometimes controversial look at what it will take to achieve genuine homeland security and what it may be like to live inside Fortress AmericaIs this what a safe America will look like?• Cameras at airport ticket counters that can tell if you are stressed • Satellites and surveillance equipment that can see through the walls of your home• Computer programs capable of spotting abnormal behavior • National ID “smart” cards encoding your personal, financial, and medical information required for electronic police spot checksIn the aftermath of September 11, a massive effort has been launched to protect us from another terrorist attack. But the costs of safeguarding our country will require not only unprecedented amounts of funding, but dramatic changes in the way Americans lead their everyday lives. Is this the new price of freedom? • Mandatory chips installed in all cell phones and automobiles that can locate you instantly within a dozen yards• Patriot II legislation that can arbitrarily revoke citizenship and allow terrorist sympathizers to vanish without a trace• Transponder implants that could be injected into the bodies of prisoners, foreign nationals, and perhaps one day all US citizens…Such high-tech measures are not the stuff of science fiction but in many cases are already being implemented. As Brzezinski discovers, similar measures have been in use for years in security states like Israel. But will Americans trade liberty for security? Will they have a choice? And can even the most radical measures insure that a 9/11 style attack won’t happen again? From an unheeded warning six years before the WTC disaster to dramatic war-game scenarios secretly conducted at Andrews Air Force Base and chilling on-site simulations of actual attacks, Fortress America paints a sobering picture of the future of freedom…and what life may be like in a maximum security state. Read Less

Goodreads reviews for Fortress America: On the Frontlines of Homeland Security --An Inside Look at the Coming Surveillance State