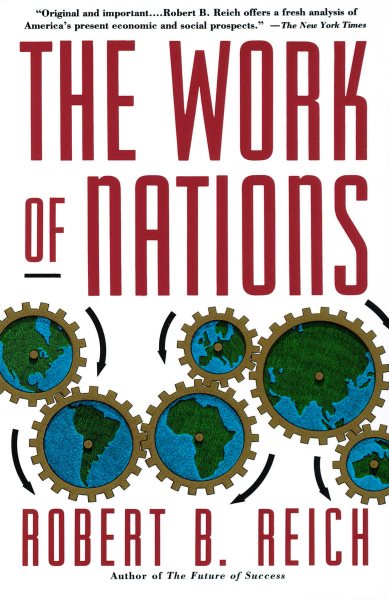 Examines the socio-economic questions that will be plaguing the policy-makers of the future Read More
There is no longer such a thing as an American economy, say Robert Reich at the beginning of this brilliant book.  What does it mean to be a nation when money, goods, and services know no borders?  What skills will be the most valuable in the coming century? And how can our country best ensure that all its citizen have a share in the new global economy?  Robert B. Reich, the widely respected and bestselling author of The Next American Frontier and The Resurgent Liberal, defines the real challenge facing the United States in the 21st century in this trail-blazing book.  Original, readable, and vastly informed, The Work of Nations is certain to set a standard for the next generation of policy-makers. Read Less

Goodreads reviews for The Work of Nations: Preparing Ourselves for 21st Century Capitalism

The System: Who Rigged It, How We Fix It