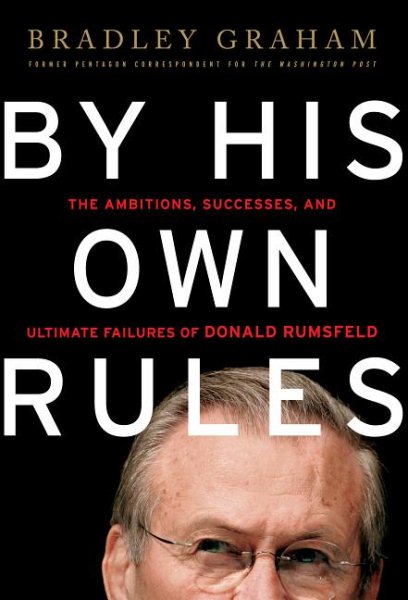 An epic examination of the life of one of the most confounding American political figures of the past half century Read More
Once considered among the best and brightest of his generation, Donald Rumsfeld was exceptionally prepared by successful careers in politics and business to assume the Pentagon’s top job in 2001. Yet six years later, he left office as the most controversial Defense Secretary since Robert McNamara, widely criticized for his management of the Iraq war and for his difficult relationships with Congress, administration colleagues, and military officers. Was he really the arrogant, errant, over-controlling Pentagon leader frequently portrayed?or as his supporters contend, a brilliant, hard-charging visionary caught in a whirl of polarized Washington politics, dysfunctional federal bureaucracy, and bad luck?Bradley Graham, a longtime Washington Post reporter who closely covered Rumsfeld’s challenging tenure at the Pentagon, offers an insightful biography of a complex personality. In the tradition of Karen DeYoung’s Soldier and Bart Gellman’s Angler, By His Own Rules is a layered and revealing portrait of a man whose impact on U.S. national security affairs will long outlive him. Read Less

Goodreads reviews for By His Own Rules : The Ambitions, Successes, and Ultimate Failures of Donald Rumsfeld

Hit to Kill: The New Battle Over Shielding America from Miss...

Hit To Kill: The New Battle Over Shielding America From Miss...