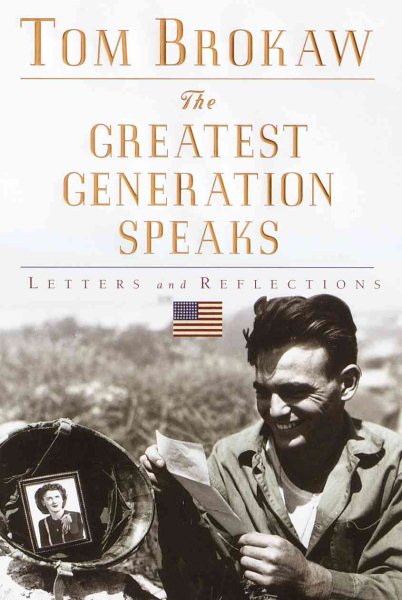 Collects letters sent to the author in response to "The Greatest Generation," his tribute to the generation of Americans who fought in World War II and came home to build a new America during the post war era Read More
"I first began to appreciate fully all we owed the World War II generation while I was covering the fortieth and fiftieth anniversaries of D-Day for NBC News. When I wrote in The Greatest Generation about the men and women who came out of the Depression, who won great victories and made lasting sacrifices in World War II and then returned home to begin building the world we have today--the people I called the Greatest Generation--it was my way of saying thank you. I felt that this tribute was long overdue, but I was not prepared for the avalanche of letters and responses touched off by that book. Members of that generation were, characteristically, grateful for the attention and modest about their own lives as they shared more remarkable stories about their experiences in the Depression and during the war years. "Their children and grandchildren were eager to share the lessons and insights they gained from the stories they heard about the lives of a generation now passing on too swiftly. They wanted to say thank you in their own way. I had wanted to write a book about America, and now America was writing back. "The letters, many of them written in firm Palmer penmanship on flowered stationery, have given me a much richer understanding not only of those difficult years but also of my own life. They give us new, intensely personal perspectives of a momentous time in our history. They are the voices of a generation that has given so much and wants to share even more. "Some of the letters were written from the front during the war, or from families to their loved ones in harm's way in distant places. There were firsthand accounts of battles and poignant reflections on loneliness, exuberant expressions of love and somber accounts of loss. "It seems that everyone in that generation has something worthwhile to contribute, and so we have included some pages in The Greatest Generation Speaks for others to share memories at once inspirational and instructive. "If we are to heed the past to prepare for the future, we should listen to these quiet voices of a generation that speaks to us of duty and honor, sacrifice and accomplishment. I hope more of their stories will be preserved and cherished as reminders of all that we owe them and all that we can learn from them." --Tom BrokawFront-jacket photo: "She said yes!" An American G.I. had proposed marriage to his girlfriend back home, and when her letter arrived, saying yes, he propped her photograph up in his helmet and had a buddy take this picture. --(UPICorbis-Bettmann) Read Less

Goodreads reviews for The Greatest Generation Speaks: Letters and Reflections