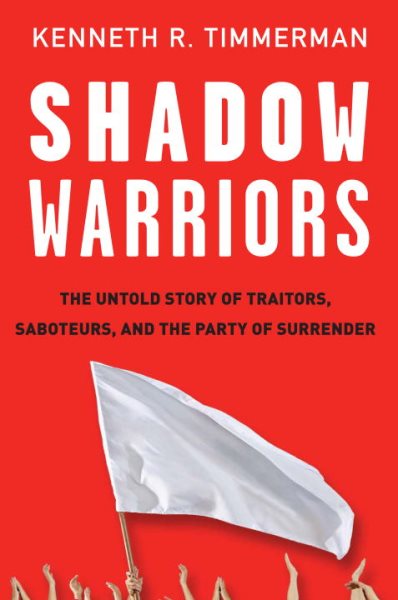 Argues that partisan State Department bureaucrats, the CIA and other intelligence agencies, and Democratic politicians are undermining Bush administration policies and hindering the War on Terror. Read More
“An alarming but necessary book that reads like a thriller. By raising uncomfortable questions, Ken Timmerman has performed a significant public service.”–Michael Medved, nationally syndicated talk radio hostSome have called it the CIA’s greatest covert operation of all time. It is an intelligence war conducted behind the scenes, aimed at confusing, misleading, and ultimately defeating the enemy. The goal is nothing less than toppling the regime in power. A network of agents has been planted at key crossroads of power, stealing secrets, planting disinformation, and cooking intelligence. The plan involves sophisticated political sabotage operations that bring in opposition forces who can challenge the regime openly, in a way the CIA cannot. The scope is breathtaking. Who is the target of this vast, sophisticated CIA operation? Not the mullahs in Tehran or North Korea’s power-mad Kim Jong Il; the target is America’s president, George W. Bush.Drawing on exclusive information from senior government officials, intelligence operatives, and many others, investigative reporter Kenneth Timmerman provides the full, untold story of the sabotage that occurs behind the scenes at key government agencies like the CIA and State Department–and the profound effect it has on America’s ability to confront its most dangerous enemies. In Shadow Warriors, Timmerman brings to light the vast underground working to undercut our nation’s efforts to win the war on terror–revealing the when, where, how, and who for the first time. He also exposes the Democratic politicians who have sold out America’s national security for political gain.In Shadow Warriors you’ll learn:•How the CIA and State Department sabotaged the administration’s Iraq war plans from the start–sparking the insurgency in the process•How a high-level State Department official gathered aides after Bush’s reelection to insist they owed no allegiance to the president or his policies•How pre-war intelligence on Iraq was cooked–not by the Bush administration, but by its opponents•How and why the shadow warriors have leaked details of virtually every covert U.S. intelligence tool used in the war on terror •How the leaks have devastated our efforts to fight terrorism–such as when a key U.S. ally rebuffed the CIA director’s request for assistance by saying, “You Americans can’t keep secrets” •Why U.S. intelligence refused to examine important documents detailing the secret Iraqi networks that became the heart of the insurgency•How newly discovered Iraqi government documents reveal the extent of Saddam Hussein’s ties to international terrorists and the truth about his WMD arsenalShadow Warriors shows that George W. Bush never got the first rule of Washington: People are policy. He allowed his political enemies to run roughshod over his administration. This insider’s look at secret White House meetings, political backstabbing, and war-room summits is an eye-opening account of the mind-set that is crippling our effectiveness in Iraq and around the world. Read Less

Goodreads reviews for Shadow Warriors: The Untold Story of Traitors, Saboteurs, and the Party of Surrender

Deception: The Making of the YouTube Video Hillary and Obama...