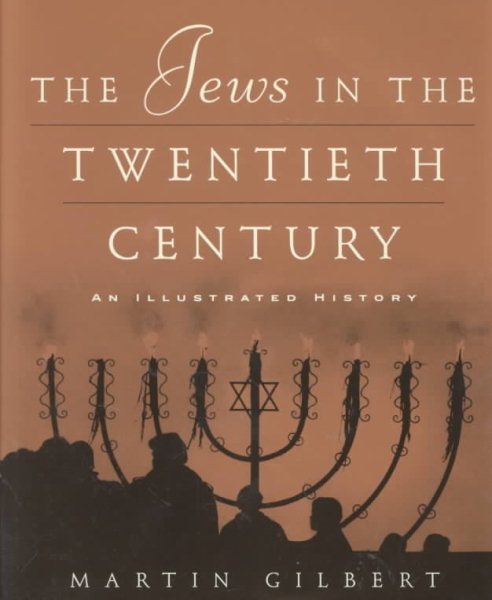 Describes the people and events that impacted the Jewish people in the twentieth century; explores Jewish societies in Europe, the Middle East, Africa, and America; and discusses the holocaust and the re-flourishing of the Jewish community. Read More
What an extraordinarly chroncile of upheaval, sorrow, and achievement is the story of the Jews in the twentieth century - and who better to narrate it than the renowned British historian Sir Martin Gilbert, whose lifework has been the study of the events and personages of our time. In this illustrated volume he describes the individuals, the historic movements, the watershed moments, and the horrific years that so profoundly changed the world and the Jewish people.In a text interwoven with and illuminated by more than 400 photographs, many of them never before published or long forgotten, we meet the widely dispersed turn-of-the-century Jewish communities of Europe, the Middle East, and Asia. Then we encounter with startling immediacy, the impassioned Zionists who set out to reclaim Palestine and the immigrant waves that poured out of Eastern Europe in search of a better life in America - among them, the brilliantly creative writers, composers, actors, and comedians who enthralled millions; and the scientists, judges, legislators, entrepreneurs, and intellectuals whose numbers can hardly be counted but whose thoughts and deeds shaped the modern world. Read Less

Goodreads reviews for The Jews in the Twentieth Century: An Illustrated History (VILLARD)

Arab-Israeli Conflict: Its History in Maps.