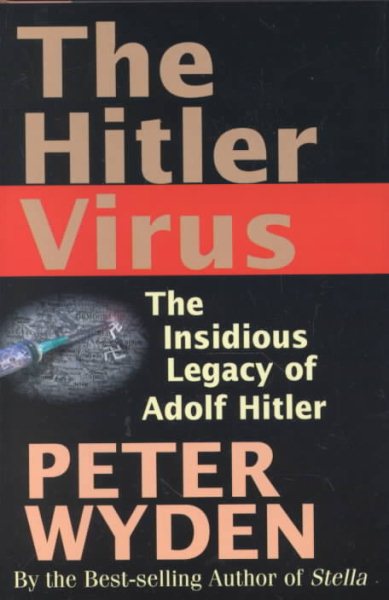 Lays bare pro-Hitler sentiments in Germany and its implications, chronicling the history of the Nazi leader's continuing legacy and influence since his death in 1945. Read More
In this text, the German-born author, who escaped the Nazis, documents manifestations of what he calls "the Hitler virus." Wyden's contention is that 55 years after Adolf Hitler's death there are many in Germany, including academics, politicians, and other seemingly respectable citizens who secretly support the Nazi cause. Racially-motivated violence, intellectualized denial of the Holocaust, the success of far-right politicians, and the underground marketing of Nazi memorabilia are some of the evidence presented. Annotation c. Book News, Inc., Portland, OR (booknews.com) Read Less

Goodreads reviews for The Hitler Virus: The Insidious Legacy of Adolf Hitler

How the doctors diet

Stella: One Woman's True Tale of Evil, Betrayal, and Surviva...