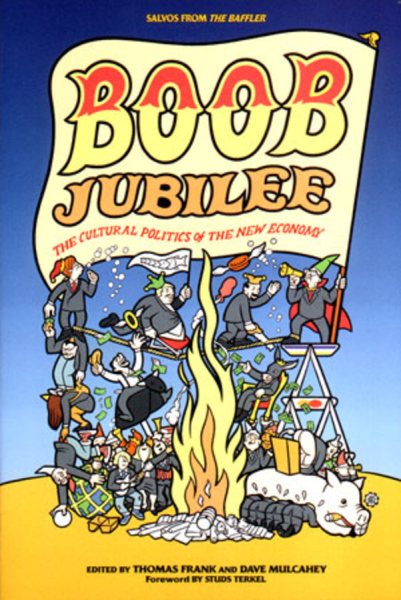 Salvos of sane and humorous dissent from the worship of the almighty market. Read More
For a magazine dedicated to debunking the nation's business culture, the final years of the twentieth century overflowed with bounty. "It was the most spectacular outbreak of mass delirium that we are likely to see in our lifetimes," wrote the editors of The Baffler. What was for others the dawn of a "New Economy" was for The Baffler a cornucopia of absurdity the costliest political and financial hustle in living memory. Reporting from places far from the white-hot centers of the libertarian revolution, Baffler writers were the people of whom it was fashionable to say they just don't get it. While New Democrats turned somersaults for Wall Street and economic commentary became puffery, these bold, talented, and very funny writers observed the crescendo of folly with which the century turned. Here their best writings are selected, updated, and reaffirmed, to sharpen our wits and inoculate us against follies yet to come. Read Less

Goodreads reviews for Boob Jubilee: The Cultural Politics of the New Economy

Commodify Your Dissent: Salvos from

The Baffler #9 Workplace: An Injury to All

The Baffler Magazine Spring 2001 #14: The God That Sucked