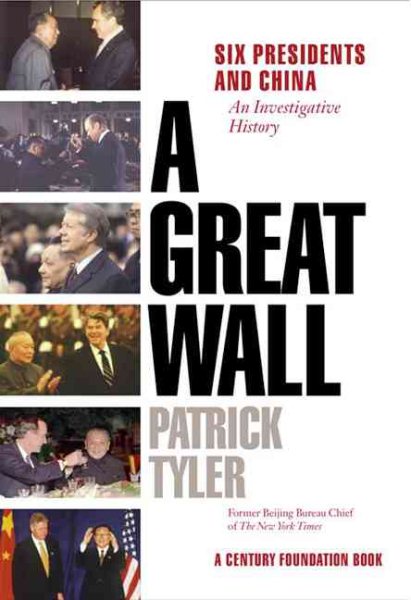 Discusses the relationship between the United States and China since 1969 Read More
Hailed as "absorbing" by the New York Times and "suspense-filled" by Foreign Affairs, Patrick Tyler's A Great Wall became an instant classic; a must-read for anyone concerned with the complicated and combative relationship between the world's biggest and the world's most powerful nations. And no one could tell this story better than Patrick Tyler, veteran journalist and former Beijing bureau chief of the New York Times. Using brilliant original reporting from his years in China; interviews with presidents, secretaries of state, Chinese officials, and other key leaders; and 15,000 pages of newly declassified documents, Tyler illuminates a relationship usually shrouded in secrecy, miscommunication, rivalry, fascination, and fear. A Great Wall is essential reading for anyone interested in China and anyone concerned with the shifting dynamics of post-Cold War geopolitics. Read Less

Goodreads reviews for A Great Wall

Fortress Israel: The Inside Story of the Military Elite Who...