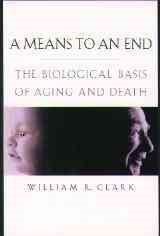 Draws on recent discoveries in the fields of cell biology and molecular genetics to explore the biology of aging and examine the possibilities and implications of extended life spans Read More
Why do we age? Is aging inevitable? Will advances in medical knowledge allow us to extend the human lifespan beyond its present limits? Because growing old has long been the one irreducible reality of human existence, these intriguing questions arise more often in the context of science fiction than science fact. But recent discoveries in the fields of cell biology and molecular genetics are seriously challenging the assumption that human lifespans are beyond our control. With such discoveries in mind, noted cell biologist William R. Clark clearly and skillfully describes how senescence begins at the level of individual cells and how cellular replication may be bound up with aging of the entire organism. He explores the evolutionary origin and function of aging, the cellular connections between aging and cancer, the parallels between cellular senescence and Alzheimer's disease, and the insights gained through studying human genetic disorders--such as Werner's syndrome--that mimic the symptoms of aging. Clark also explains how reduction in caloric intake may actually help increase lifespan, and how the destructive effects of oxidative elements in the body may be limited by the consumption of antioxidants found in fruits and vegetables. In a final chapter, Clark considers the social and economic aspects of living longer, the implications of gene therapy on senescence, and what we might learn about aging from experiments in cloning. This is a highly readable, provocative account of some of the most far-reaching and controversial questions we are likely to ask in the next century. Read Less

Goodreads reviews for A Means to an End: The Biological Basis of Aging and Death

At War Within: The Double-Edged Sword of Immunity

Sex and the Origins of Death

Are We Hardwired?: The Role of Genes in Human Behavior