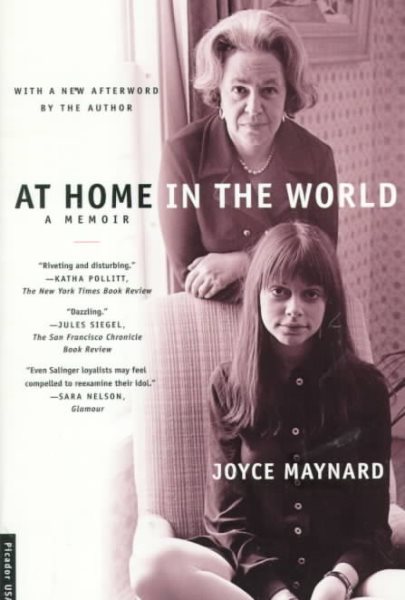 The author describes her love affair with reclusive author J.D. Salinger, which began at the age of eighteen, discussing her relationship with Salinger and her troubled but creative youth. Read More
When it was first published in 1998, At Home in the World set off a furor in the literary world and beyond. Joyce Maynard's memoir broke a silence concerning her relationship--at age eighteen--with the famously reclusive author J.D. Salinger, then age fifty-three, who had read a story she wrote for The New York Times in her freshman year of college and sent her a letter that changed her life.With what some have viewed as shocking honesty, Maynard explores her coming of age in an alcoholic family, her mother's dream to mold her into a writer, her self-imposed exile from the world of her peers when she left Yale to live with Salinger, and her struggle to reclaim her self of sense in the crushing aftermath of his dismissal of her not long after her nineteenth birthday. A quarter of a century later--having become a writer, survived the end of her marriage and the deaths of her parents, and with an eighteen-year-old daughter of her own--Maynard pays a visit to the man who broke her heart. The story she tells--of the girl she was and the woman she became--is at once devastating, inspiring, and triumphant. Read Less

Goodreads reviews for At Home in the World: A Memoir

Under the Influence: A Novel