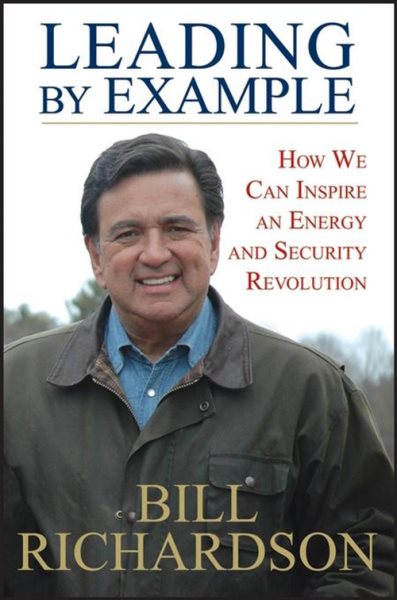 New Mexico's Democratic governor and presidential candidate introduces his plan to radically reduce America's dependence on oil and protect the world's climate, arguing that the U.S. must act decisively to restore its international leadership. Read More
Global climate change?We can stop it.Addiction to oil?We can replace it.Technological innovation?We can create it.But we can't wait twenty, thirty, or fifty years.Bill Richardson launched his campaign for the presidency to remind the American people--and their representatives in Washington--that we know how to get things done. We need to end our dependence on oil, and we need to do it yesterday.This isn't something that's going to happen only in Washington, or Detroit, or even Hollywood or Tokyo. It's going to take all of us, a united United States. We have the opportunity, perhaps for only a few years, to make dramatic but beneficial changes in the way we run America.As Leading by Example makes clear, if we succeed, with strong presidential leadership and the support of the American people, we will restore America's role in the world--a source of moral leadership, a source of astonishing technology, and a source of optimism to be admired. Read Less

Goodreads reviews for Leading by Example: How We Can Inspire an Energy and Security Revolution

How to Sweet-Talk a Shark: Strategies and Stories from a Mas...