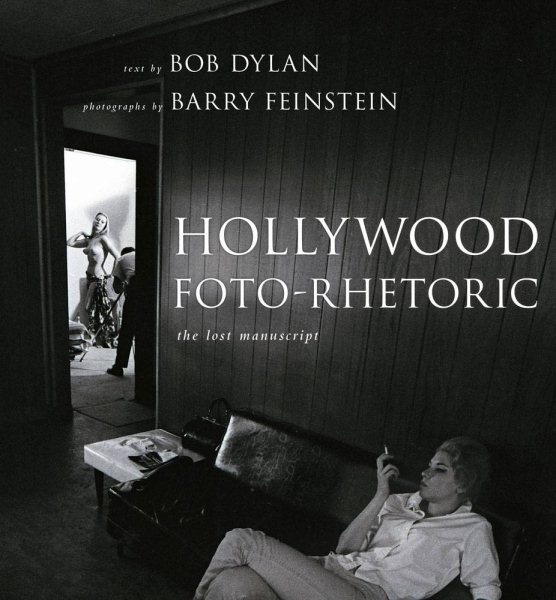 Presents twenty-three poems by the music icon inspired by the black and white photographs of Barry Feinstein taken in the Hollywood of the 1960s and depicting some of its most famous celebrities. Read More
Surfacing for the first time after more than forty years, Hollywood Foto-Rhetoric is a remarkable, long-lost manuscript written by Bob Dylan in the 1960s, inspired by renowned photographer Barry Feinstein's portraits of Tinseltown. These twenty-three prose poems are thoughtprovoking, witty, and thoroughly unexpected observations of a bygone era, and through the lens of Feinstein's camera they speak volumes about the faces and places that have graced the City of Angels. Images like those of Judy Garland, Marlene Dietrich, and Steve McQueen resonate with our collective memory, while photographs of hopeful starlets, movie studio backlots, and sunny, palm tree'd boulevards evoke the timeless allure of all things Hollywood.Hollywood Foto-Rhetoric marks a unique collaboration: With his unerring eye, Barry Feinstein captured unforgettable moments in stunning black-and-white, such as Marilyn Monroe's swimming pool on the day she died, and Frank Sinatra celebrating at John F. Kennedy's Inaugural Ball. In the provocative accompanying text, Bob Dylan's quixotic, expressive lyricism redefines silver screen nostalgia. Read Less

Bob Dylan: Bringing It All Back Home