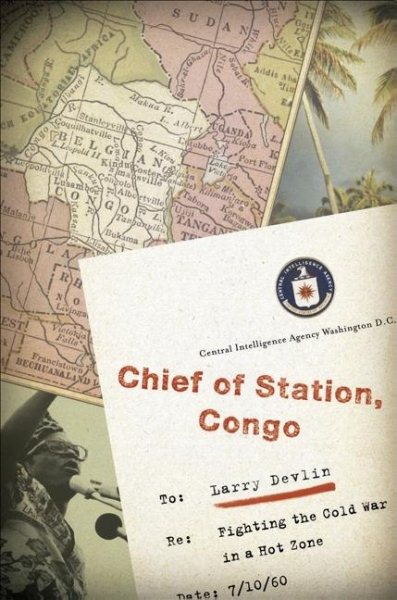 A master spy's memoir of playing the game in the most strategically influential country in 1960s Africa Read More
Larry Devlin arrived as the new chief of station for the CIA in the Congo five days after the country had declared its independence, the army had mutinied, and governmental authority had collapsed. As he crossed the Congo River in an almost empty ferry boat, all he could see were lines of people trying to travel the other way?out of the Congo. Within his first two weeks he found himself on the wrong end of a revolver as militiamen played Russian-roulette, Congo style, with him. During his first year, the charismatic and reckless political leader, Patrice Lumumba, was murdered and Devlin was widely thought to have been entrusted with (he was) and to have carried out (he didn't) the assassination. Then he saved the life of Joseph Desire Mobutu, who carried out the military coup that presaged his own rise to political power. Devlin found himself at the heart of Africa, fighting for the future of perhaps the most strategically influential country on the continent, its borders shared with eight other nations. He met every significant political figure, from presidents to mercenaries, as he took the Cold War to one of the world's hottest zones. This is a classic political memoir from a master spy who lived in wildly dramatic times. Read Less

Goodreads reviews for Chief of Station, Congo: Fighting the Cold War in a Hot Zone

Chief of Station, Congo: Fighting the Cold War in a Hot Zone

The Cat Lady (The Midnight Library)