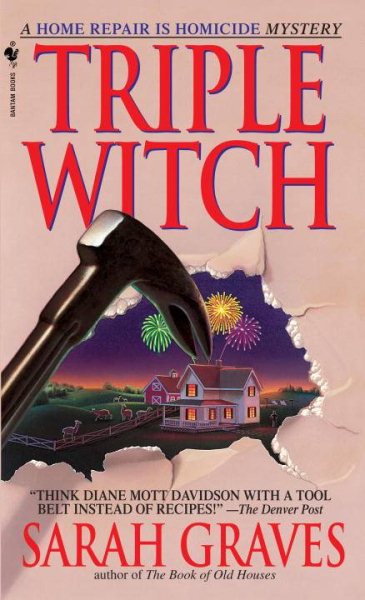 Jacobia "Jake" Triptree has moved to Maine in search of some peace, but when corpses begin to surface all over town, Jake's ex-husband and an unscrupulous New York ex-money mogul become suspects Read More
Jacobia Tiptree saved her sanity—and her son, Sam—the day she abandoned Wall Street for the seacoast village of Eastport, Maine. In her new home, a charmingly dialpidated fixer-upper, she looks forward to repairing old radiators and restoring antique shutter for years to come. But Jake's hopes of serenity are dashed when tiny Eastport erupts in a crime wave.Hometown bad boy Kenny Mumford—old flame of Jake's best fiend and fellow sleuth, Ellie White—is the first victim. When his corpse washes up on the beach at Prince's Cove, all evidence points to a drowning...except the bullet hole in his forehead.When bodies begin littering the Maine scenery, Jake and Ellie learn that the ante on Kenny's small-town antics has been upped. Add a pair of unwelcome arrivlas—Jake's ex-husband, and an unscrupulous New York ex-money mogul—and you've got a blueprint for more deadly danger than one house can hold. Read Less

Repair to Her Grave (Home Repair Is Homicide)