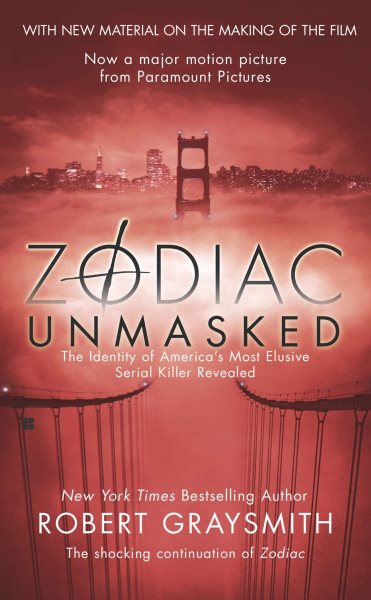 A former "San Francisco Chronicle" reporter continues his account of the series of murders committed in California beginning in 1968, by revealing the final solution to the crimes that had baffled investigators for more than thirty years. Read More
Robert Graysmith reveals the true identity of Zodiac—America's most elusive serial killer.Between December 1968 and October 1969 a hooded serial killer called Zodiac terrorized San Francisco. Claiming responsibility for thirty-seven murders, he manipulated the media with warnings, dares, and bizarre cryptograms that baffled FBI code-breakers. Then as suddenly as the murders began, Zodiac disappeared into the Bay Area fog.After painstaking investigation and more than thirty years of research, Robert Graysmith finally exposes Zodiac’s true identity. With overwhelming evidence he reveals the twisted private life that led to the crimes, and provides startling theories as to why they stopped. America’s greatest unsolved mystery has finally been solved.INCLUDES PHOTOS AND A COMPLETE REPRODUCTION OF ZODIAC’S LETTERS Read Less

The Laughing Gorilla: The True Story of the Hunt for One of...

The Bell Tower: The Case of Jack the Ripper Finally Solved.....