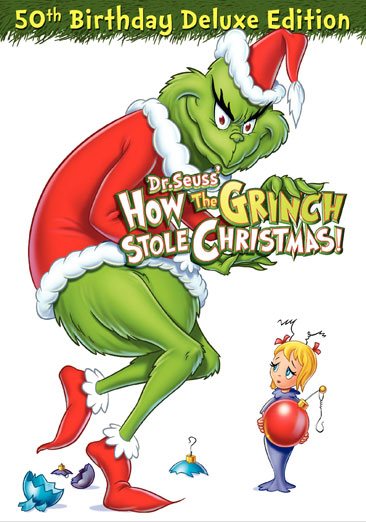 The Grinch decides that he can't take anymore happiness from the Who village, so he and his dog Max steal everything from trees and ornaments down to the last can of Who hash, but in the process learns that Christmas is more than presents. Read More
Every Who down in Who-ville likes Christmas a lot, but the Grinch who lived just north of Whoville did NOT. So the cuddly as a cactus Grinch (with termites in his smile and garlic in his soul) tries to wipe out Christmas for the cheerful Who-villians, only to discover: maybe Christmas, he thought, doesn't come from a store. Maybe Christmas, perhaps, means a little bit more. Magnificently narrated by Boris Karloff and animated by cartoon legend Chuck Jones, it's an award-winning Who-roast-beast-feast of a holiday classic. Read Less

I Can Lick 30 Tigers Today! And Other Stories

If I Ran The Circus